It's Johnny. From earlier. But drawn better. Like I promised.


Ash's house is a Queenslander, which is a type of house found in... Queensland. Not the most imaginative name for it. 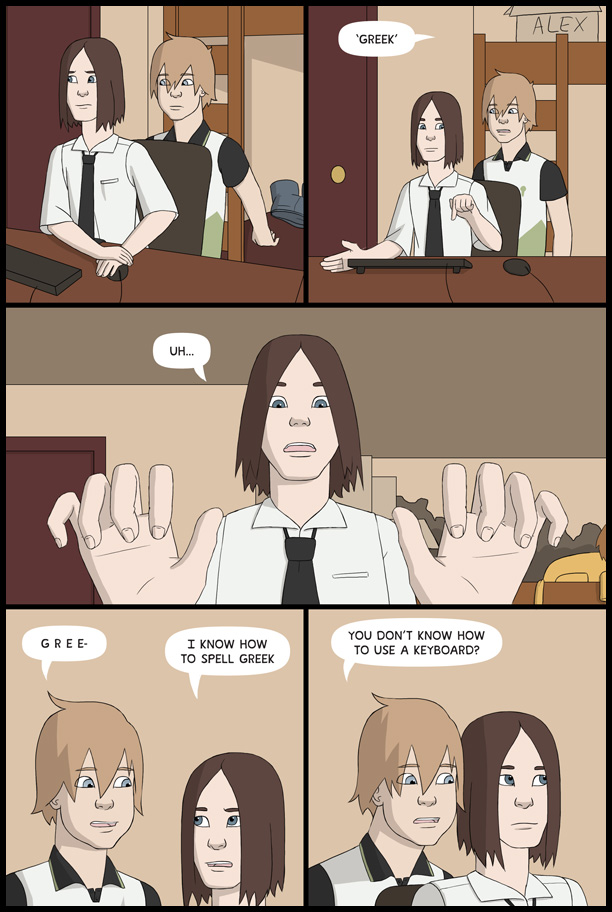 
"Sure if that's what you call this thing"


Ash's accent is barely noticeable except for the week she gets back from her holiday in America. 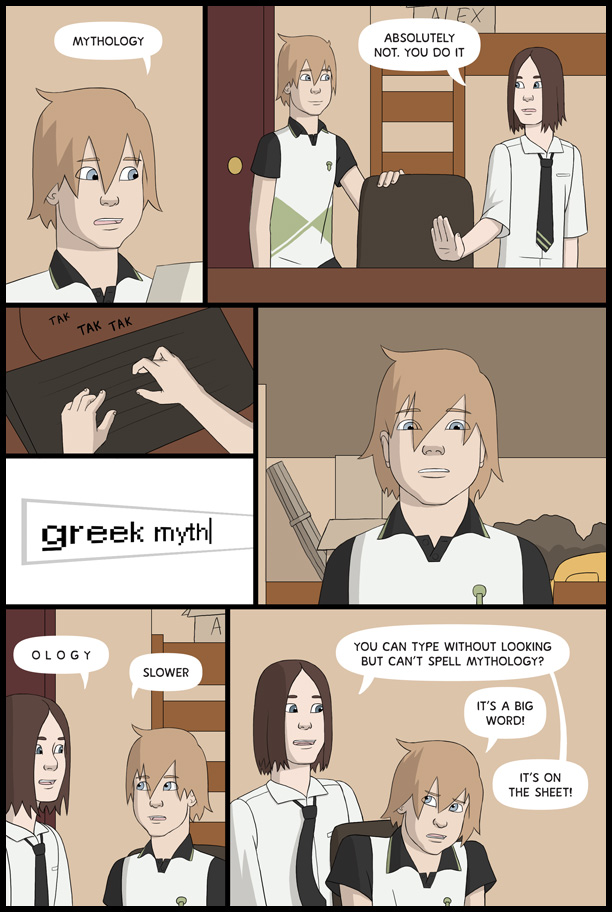 
Presently Ash is cursing her reliance on spell check. 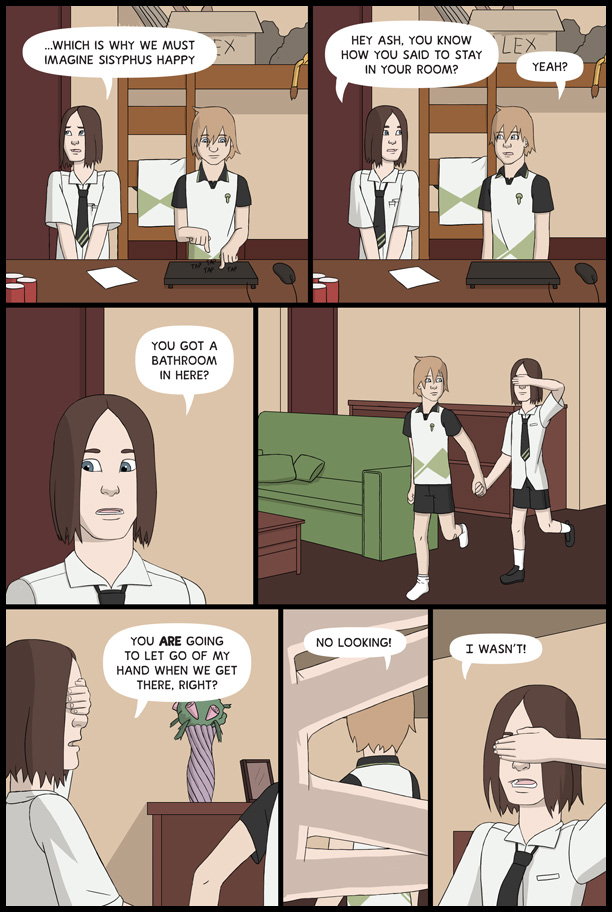 
She reluctantly decided it would be best if she did let go when they got there. 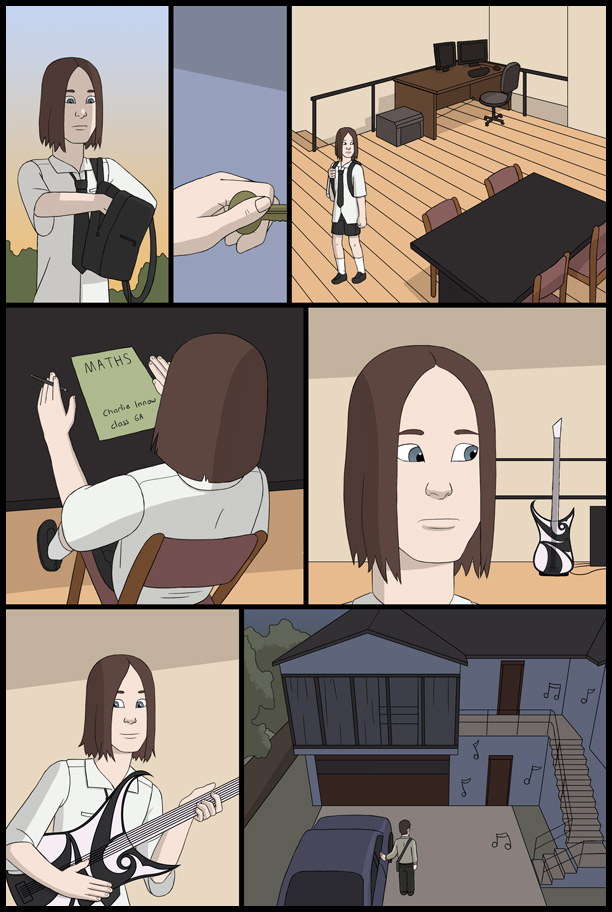 
Charlie is hoping the maths final will be a guitar solo. 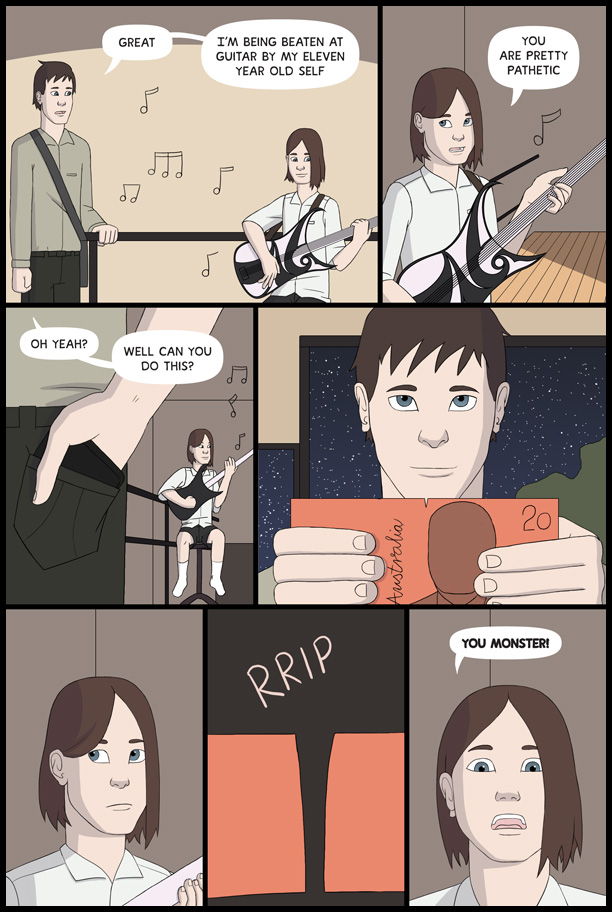 
Sam taped the note back together later.


To be perfectly fair, Sam punched one of Johnny's teeth out when he heard Johnny had been dating his sister.
I don't think Charlie can punch quite that high, though.


Maybe if Charlie angled it right he could get a solid kick in now. 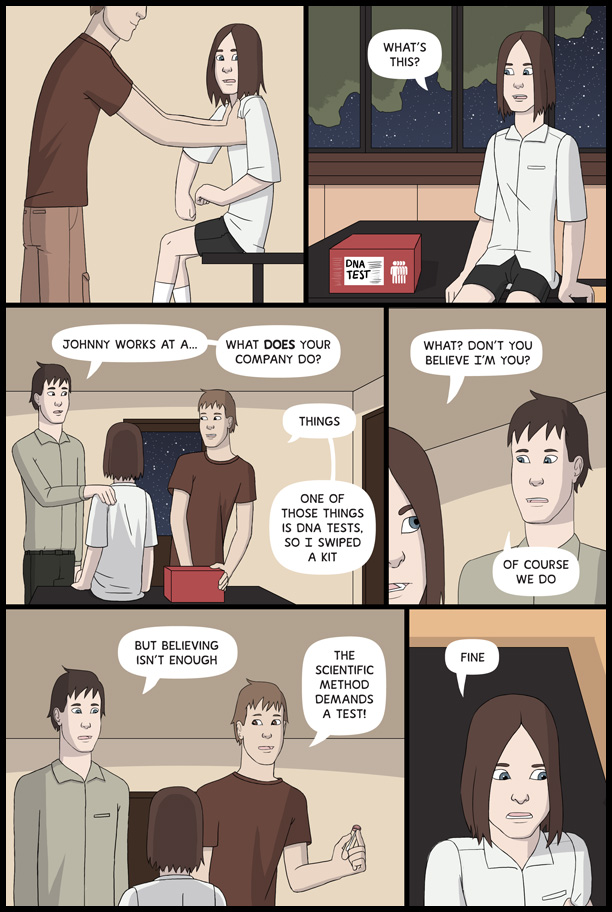 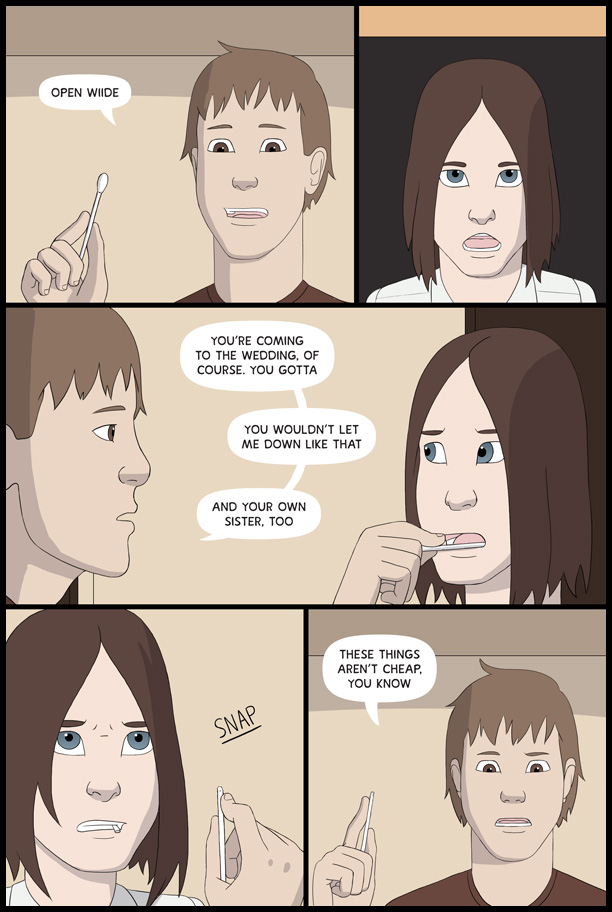 
You say that Johnny but an 11 year old did just bite through one. 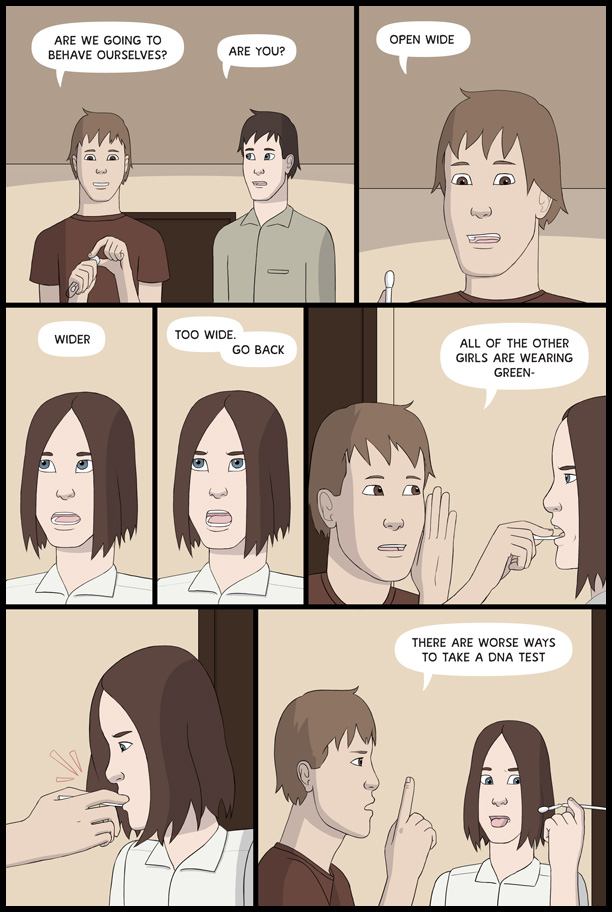 
"I was thinking a razor and a bucket"


I hate when I forget to buy a present for someone because they don't exist yet. So embarrassing. 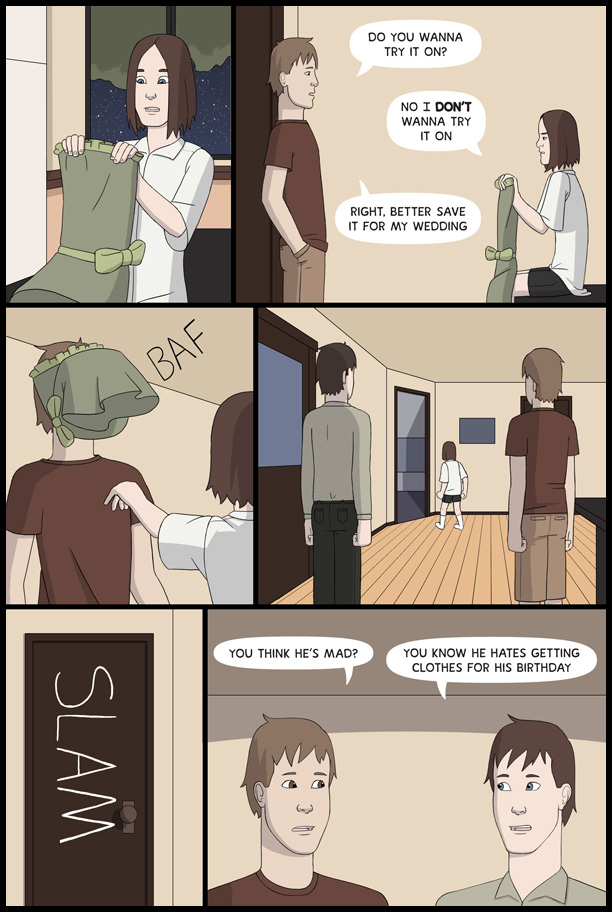 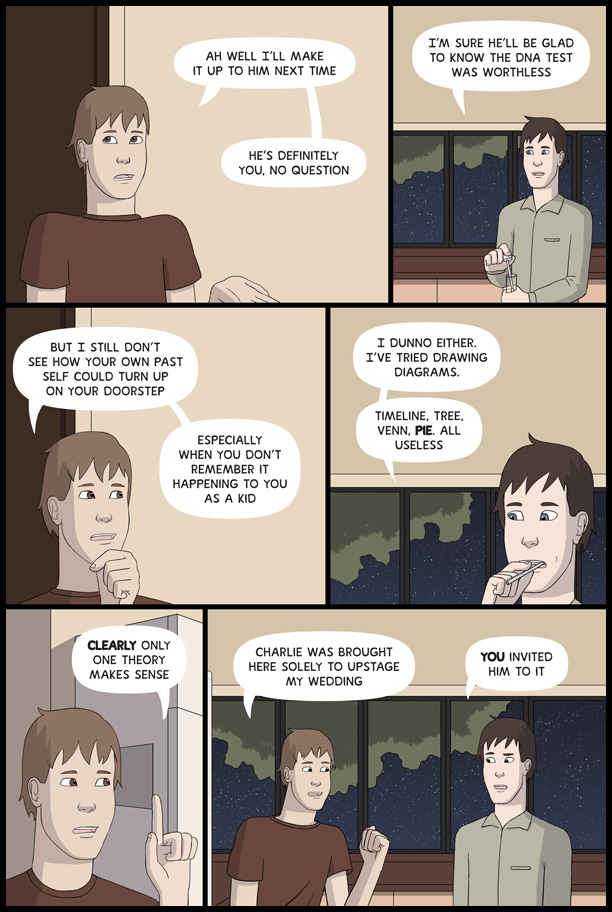 
Sam thought he had something with his gannt chart, but it proved a dead end. 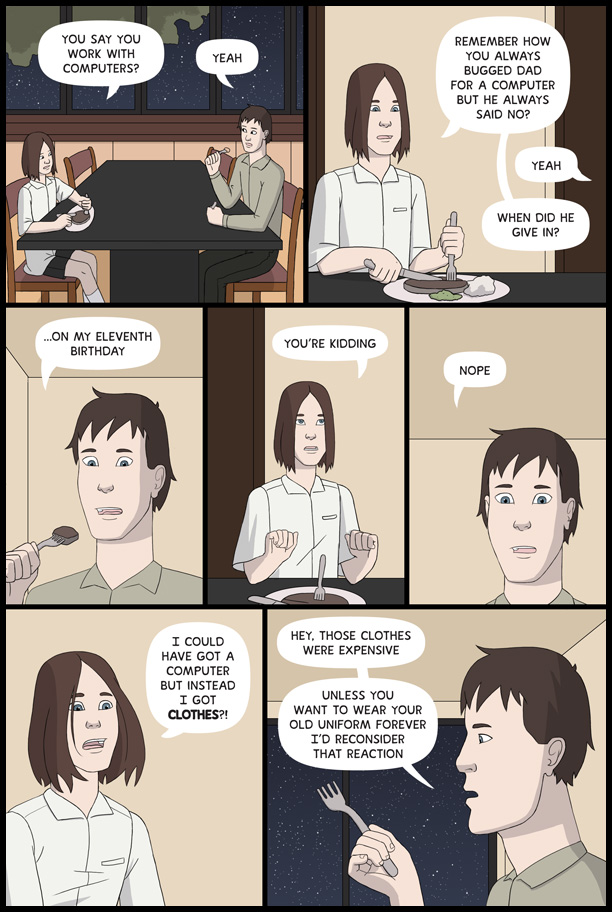 
It was a really good computer, too. Top of the line.


"And what was up with you not replying until we walked to this closet?"