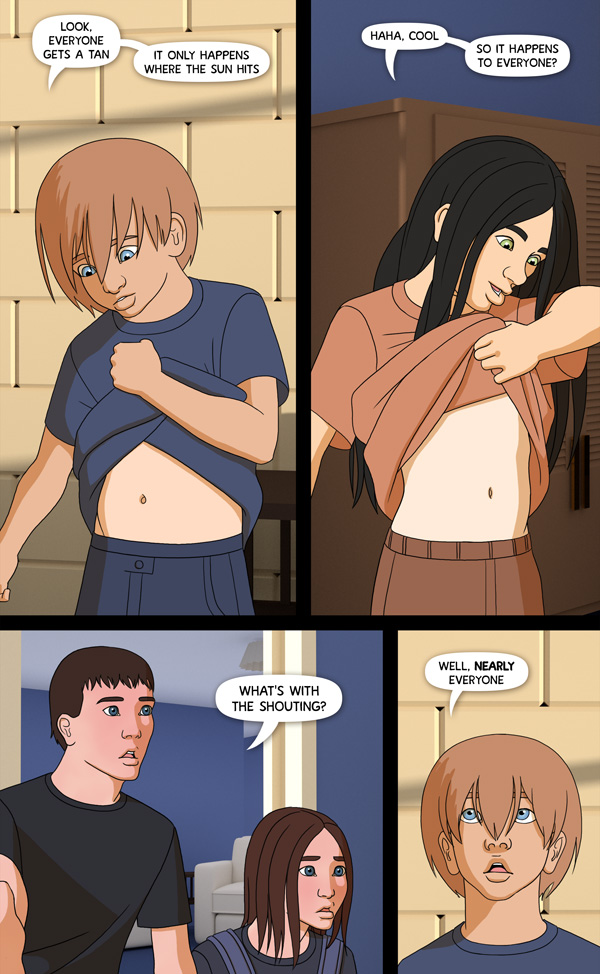 Phlatus
Mmmmmm....lobster!
Kid Cthulhu
Ooooh, burn!
Ananta Androscoggin
Had a shipmate who fell asleep on the beach during a weekend we were tied up in the port at Old San Juan, Puerto Rico. He was just about as red as a boiled lobster, and there was talk about him having "sun poisoning" which I've never heard of before --or since.
L
Had sun poisoning once as a child. Quite a miserable time. Luckily the gang just seems various shades of tan/burn
Eterelu
Sun poisoning is the worst. Do try to avoid it if you can.
LaughingTarget
Inherit the right DNA from North Europe and the only way to get a tan is orange spray.
Bowen
Sun poisoning is no laughing matter. Basically you've given yourself 2nd degree burns. You get blisters and a fever and you can vomit too. Very painful and takes a while to recover from. And after that your skin is even more sensitive to sun exposure.